Canning beer always had been for the big boys. Unless brewers, cider makers and other beverage producers required volumes in excess of 150,000 units, conventional caners wouldn’t touch them.Then came along WeCan Solutions – the 1st contract canning company to revolutionise canning in the UK by taking their canning line to the producer. This meant that volumes as low as 10 barrels could be filled into cans. 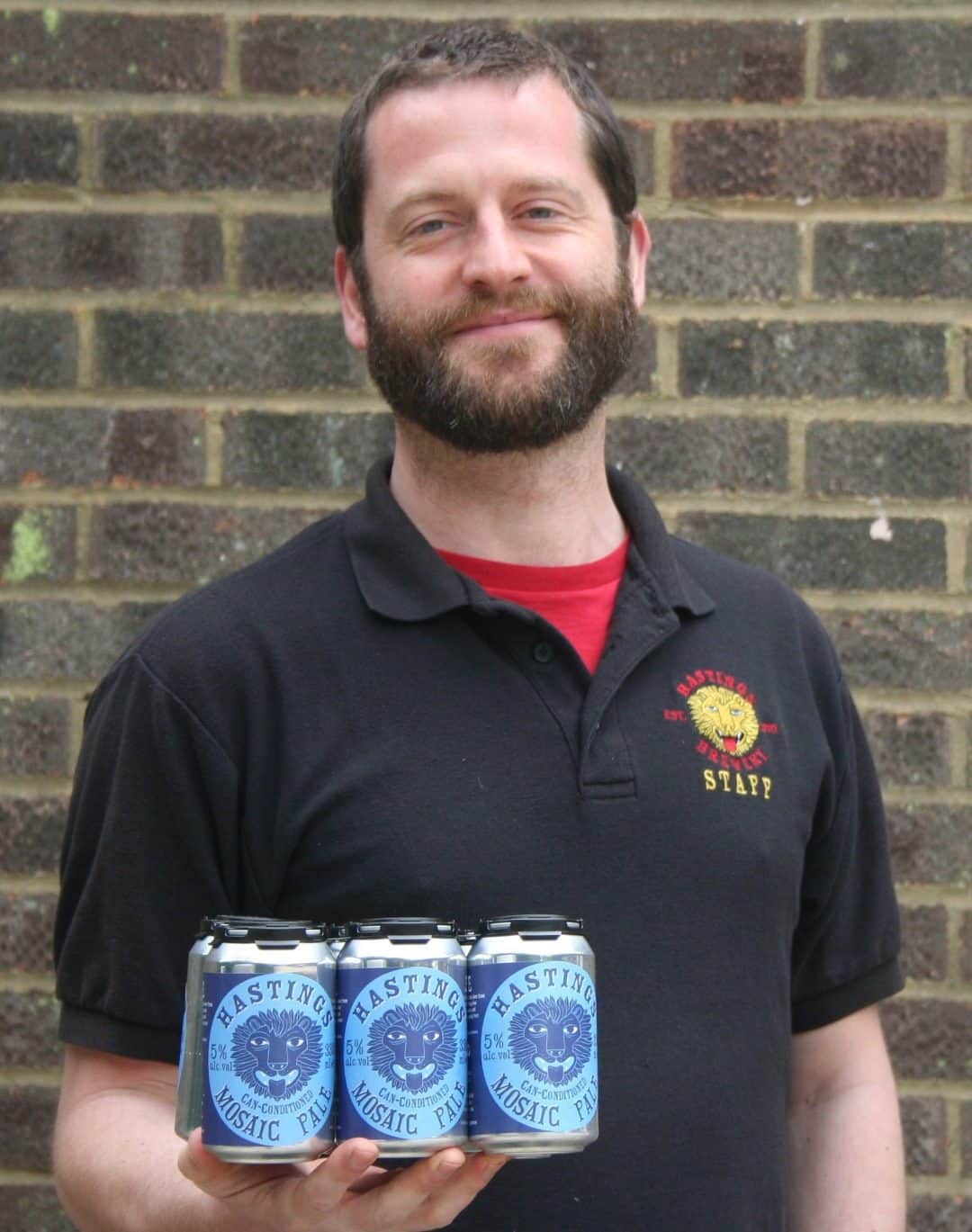 Pete from Hastings Brewery showing off his can conditioned beer

The massive success of canned ‘craft’ products has enabled WeCan to go one step further. Not only can they now demonstrate that for the larger runs their solution is cost competitive against the purchase of producers own lines, they have reduced their minimum volumes even further.

Bottled conditioned beers have been the choice of many consumers. There’s no argument that the beer carbonates in a preferential manner. Flavors are awesome! Because there is no carbonation at the time of filling the liquid can be filled at higher temperatures, which means less issue with cooling. This in turn allows lower volumes to be required for filling.

WeCan Solutions is now offering their canning service to producers who wish to can as little as 800 litres. WeCan accept containers such as IBC’s into their production facility and a day later the beer is in branded cans.

So, producers producing relatively small quantities can now compete with the rest. They can expand their markets not only geographically but more cost effectively and to a wider audience. WeCan also invite producers sell via the CraftCanDirectory – an online beer club and store offering the very best canned British Beers.

Get a quote and schedule quickly by filling out our booking form.